Oh What a Night! A musical tribute to Frankie Valli & The Four Seasons 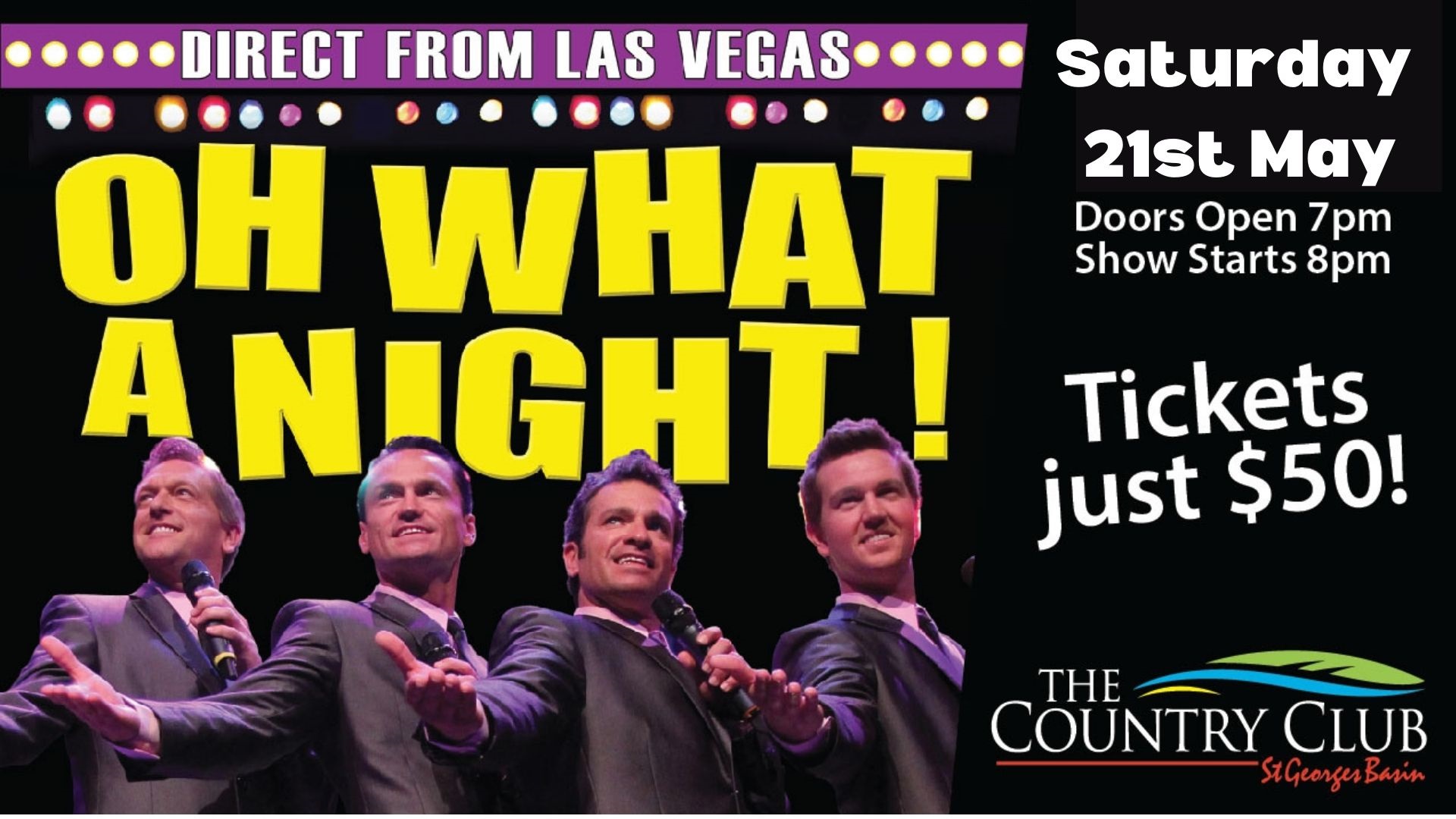 OH WHAT A NIGHT! is a blockbuster musical revue conceived and directed by award-winning Broadway producer/director Michael Chapman, written by Motown producer George Solomon, with choreography by Paul Holmquist. ‘Sherry,’ ‘Big Girls Don’t Cry,’ ‘Walk Like A Man,’ ‘Can’t Take My Eyes Off You,’ ‘My Eyes Adored You,’ ‘Working My Way Back To You,’ ‘Let’s Hang On’ and ‘Who Loves You’ are just some of the many hits you’ll enjoy from the dynamic songbook of those boys from Jersey, FRANKIE VALLI & THE FOUR SEASONS.

While the smash hit JERSEY BOYS is a scripted musical biography of the group, OH WHAT A NIGHT! is a loving concert and tribute, which features all the original hits as well as many top 10 releases not in Broadway’s Tony award-winning hit. This includes Frankie Valli’s biggest solo hit from the movie GREASE! Between the score of recognizable tunes, OH WHAT A NIGHT! delivers informative and often hilarious banter between the stellar, high-spirited cast.

In 1990 FRANKIE VALLI & THE FOUR SEASONS were inducted into the ROCK AND ROLL HALL OF FAME. To this day their unique and irresistible music continues to thrill all ages. The personable cast of OH WHAT A NIGHT! stay true to the original recordings with out trying to mimic or impersonate the original group… And their interpretation of these classic hits are so true to the original recordings that it must be pointed out that the cast is singing live and not lip-syncing. The end result is a show as fresh and relevant today as it is nostalgic for the purists.